I'm an information security researcher and a programmer. My primary research interests are software vulnerabilities, network protocols, and static analysis. I currently reside in Winnipeg, Manitoba, Canada, a magical place where the temperature swings between -40°C and +40°C. This amuses me greatly. I will never move.

My original plan was to pursue a PhD in Computer Science in the hopes of dedicating my life to teaching and research, but I got restless after starting my Master's degree. Being of a hacker mindset, I decided to look for and create other opportunities to both teach and research outside of academia.

In 2010, I bought a house and got married. Then two friends and I founded SkullSpace, Winnipeg's hackerspace. Since then it has grown to roughly sixty paid members, and currently leases an entire two thousand square foot floor of a downtown building. SkullSpace contains a classroom in which I've taught courses on Lua and C, a workshop on Wireshark and SSL, and given talks on CTFs and Forth. SkullSpace also provides tools and people to assist me in my research.

In 2012, four friends and I founded BSides Winnipeg, an information security conference. BSides Winnipeg was held three times on a biennial schedule (2013, 2015, 2017) before switching to an annual schedule and renaming itself to The Long Con in 2018.

In the summer of 2013, I travelled to the University of California, Berkeley to teach a full-day workshop at Sharkfest on using Wireshark to troubleshoot SSL/TLS. People paid money for it, nobody asked for it back, and everyone returned after the lunch break, so I'm calling it a rousing success.

At the end of 2013, my first child was born. I now travel only for job interviews and annual company meetings, but sometimes not even then.

In the fall of 2014, I returned to the Master's program with a different focus than before, and a life (wife, child, job) outside of academia to keep me balanced.

At the start of 2015, I founded the Winnipeg chapter of Papers We Love, a sort of book club for academic papers. Several times a year we meet to listen to someone present an academic paper, and then discuss it.

In the spring of 2015, my second child was born, making me want to travel even less than before. It also made my wife and I realize that we needed a new house, so we moved from our exile on the literal edge of the city to just outside the city centre.

In the spring of 2019, my third child was born, transforming time management from one of my interests into a critical survival skill. With three small children, my life became almost entirely about work and family.

In the fall of 2019, I received my Master's Degree in Computer Science.

For the entirety of 2020, my life was about keeping my extended family safe and sane.

I think my personality is best summed up by the most memorable compliment I've ever received from a friend/coworker: "You're the most genuine person I've ever met." The point being that the speaker always knew exactly what to expect from me, usually as a result of me explicitly telling him. I enjoy talking, whether I'm doing it or someone else is, which usually results in everyone around me knowing what I'm thinking. Reactions vary. I like that.

I've had a plush squirrel in my pocket my entire adult life. I just thought you should know that. 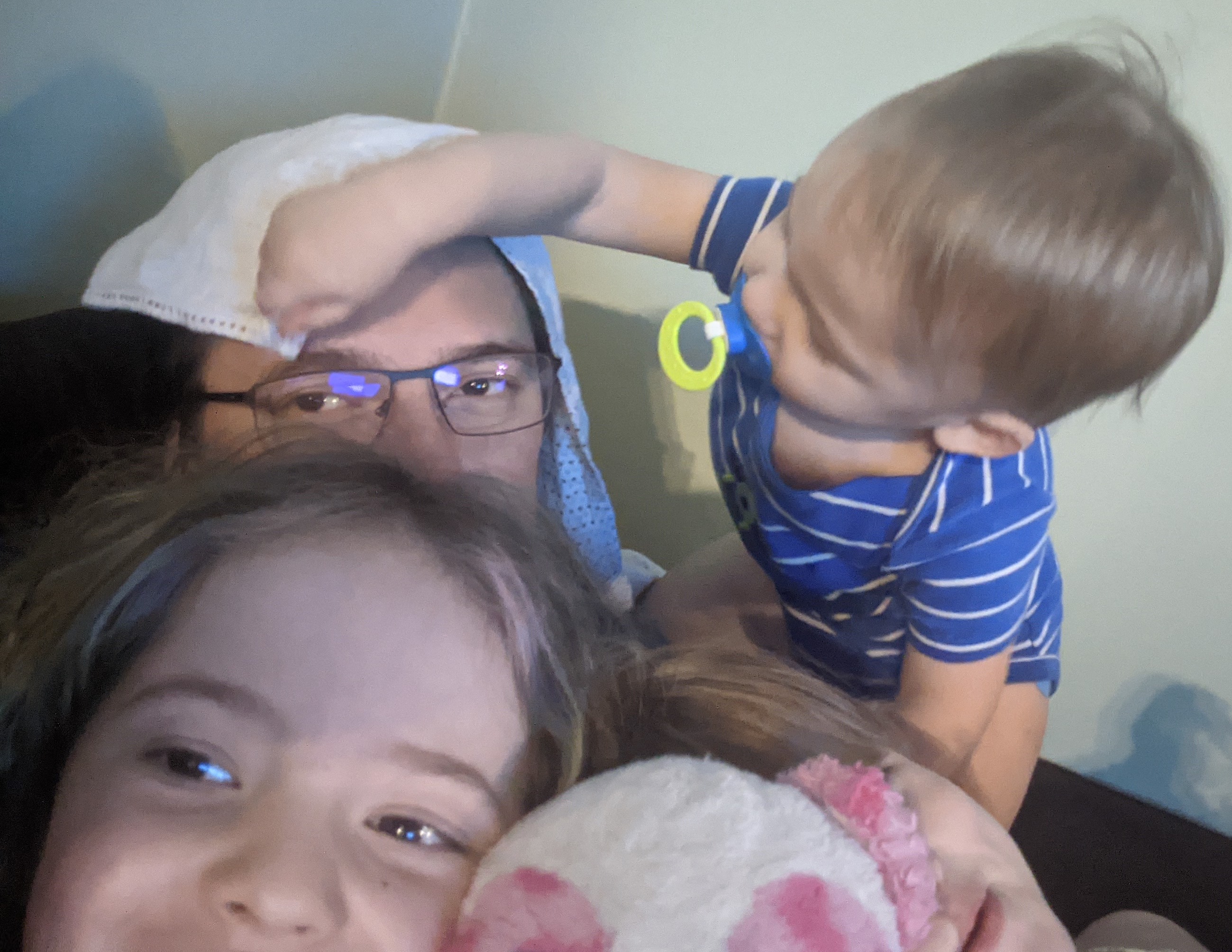